Quite frequently, we’re presented with the observation “You’re SELLING t-shirts, and not giving them away for free? That’s not very COMMUNIST of you, is it?” To this we say: we’re not communist, we’re state capitalist 😉

But seriously, this argument comes up so frequently that we need to address it. First of all, communist organisations need funding. Unions have dues. Political parties have membership fees. Anarchists have book fairs. This argument would make sense if we were designing and selling communist shirts so we could personally pocket the money made from doing so, but this is not the case.

We work hard on Redthreads for free and we pay for any ads out of our own pockets. We take the money we make from doing this and give it to communists organising for the working class here in Ireland. Campaigning and organising costs money! As a result, communist parties are often completely broke! While communist parties rely on the hard and unpaid work of their members, printing materials, renting headquarters, transporting members to actions, it all costs money. We’re doing our bit to spread the message of communism-nothing gets the message of what we want out there like a giant hammer and sickle superimposed over Ireland on someone’s chest-and to raise money so that hopefully one day it will happen. It isn’t much, but it’s our way of doing our part.

The selling T-shirts isn’t communist argument suggests that some people think that communist=free. Weirdly enough, this isn’t the case! Communism, which refers to the ownership of the means of production by the proletarian class, does not mean “you, a communist party operating in a neoliberal capitalist economy, should give away your stuff for free!” If it were true that communist=free, it would mean making a sandwich for lunch instead of buying one in a shop is communist, walking to work instead of driving there is communist, and it’s communist when your mum washes your disgusting underwear for you and doesn’t demand payment. If any of this applies to you, congratulations! You’re a communist now.

In the interests of transparency, we’ve provided a breakdown of how exactly the money raised by Redthreads is spent. Here it is: 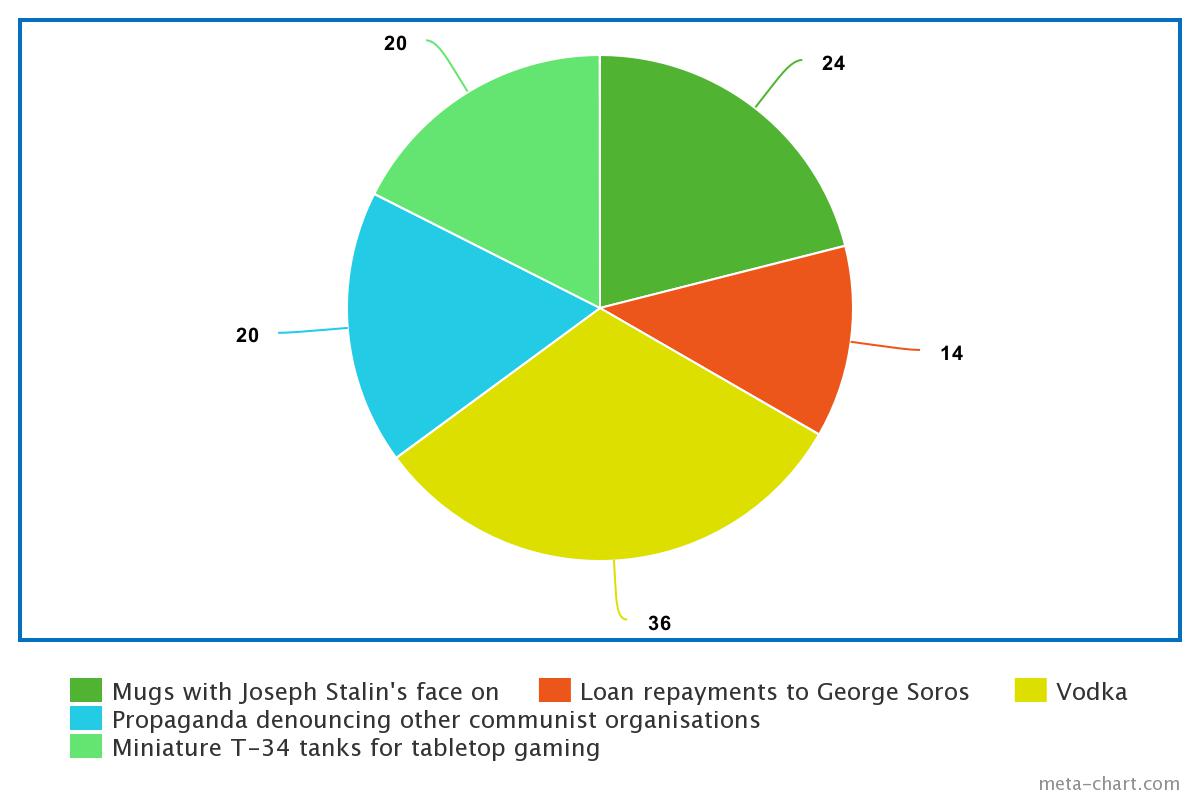 1 thought on “Selling T shirts? Not very communist of you, is it?”