The twenty two Letters from Long Kesh, published in The Irish Times from January to July 1972, are a unique and extremely rich source for the political and social history of internment.
Letters address many of the major events and issues from the period – the reaction of the internees to the slaughter of people marching for their freedom on Bloody Sunday and the subsequent attempted cover-up in the Widgery Report; the Abercorn Restaurant and the effects of the Provisional bombing campaign; the proroguing of Stormont; Aldershot and the shooting of John Taylor; the murder of Joe McCann; sectarianism; the effects of violence on the economy; the possibility of civil war; violations of human rights.

Letters has no rival for charting reaction within the camp to these events, nor for an account of daily life for the internees, their relationships with the warders and the soldiers guarding them and the authorities running the internment regime.

Letters shines, regardless of the theme, with the humanity of the author. We see him in a playful and humorous mood when discussing the efforts of the internees to stave off the horrific prospect of a dry St Patrick’s Day. We also see him in darker mood: discussing the pain of himself and others as they watch the bombings and the sectarian killings causing further division.

Letters from Long Kesh is a reminder to us of the damage that internment and the violation of civil rights by those in power inflicted on men deprived of their liberty without trial and the suffering of families deprived of husbands, fathers, and sons. 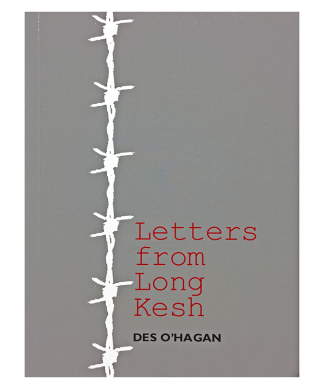